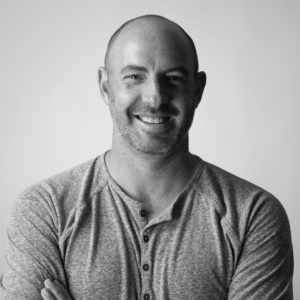 Ryan Berman is the founder of Courageous, a consultancy that develops Courage Brands. Berman has spent a career developing meaningful stories for household brands such as Caesars Entertainment, Hilton, Major League Baseball, New Era, Subway, U.S. Ski & Snowboard and UNICEF. In addition to Courageous, Berman is the founder of Sock Problems, a charitable sock company that supports causes around the world by socking problems and spreading awareness. Previously, he was the co-founder of i.d.e.a.: a courageous ideas company based in San Diego.

Berman started his career in New York in advertising. After leaving Madison Avenue, he started his first creative agency with clientele including corporations like PUMA, Von Dutch and Aetna. Upon creating i.d.e.a. in 2012, Berman operated with the mantra “Courageous ideas are the only ones that matter.” He built Courageous with the same motto to liberate companies from fear and gain a competitive edge. His upcoming book, “Return on Courage,” uses this methodology and hours of research to train brands to be courageous.

Berman has been named one of San Diego’s “Top 40 under 40” by Metro SDand i.d.e.a won “Best in Show” from industry awards including American Advertising Awards, ADDYs and American Marketer of the Year. Berman has been featured in Entreprenuer.com, Inc.com, Medium.com, PRWeek, SDVoyager.com and podcasts like “Creative Mornings” and “Hustle & Deal Flow.” He is a recognized business and leadership speaker.

Berman has a degree in Television and Radio from the Ithaca College: Park School of Communications and received executive education at Harvard Business School. He’s resided in San Diego for the past 15 years with his wife and their two children. Berman considers himself a compensated observationalist with a gift for people watching. When he’s not observing, he’s playing either on the soccer field or with his children. You can catch up with Berman on Twitter @RyanBerman or on LinkedIn @CourageousBrands.